Sewing perfectly fitted pants is not impossible if you tackle fit issues one by one. Here is how to get rid of folds and gapes at the back of your Safran pants!

Fitting pants is not always a very intuitive process. Around the hips and bum, many different aspects of your body shape can influence the fit, and sometimes cancel each other. For instance, a full butt requires a longer crotch seam in the back so that the fabric can go around the bum without pulling the waistband down, but a significant swayback will require a short crotch seam, as it moves the top of the butt closer to the waist. This means that someone with both a full but and a swayback might not need any adjustments, and the same thing might be true for someone with a flat butt and no swayback at all. 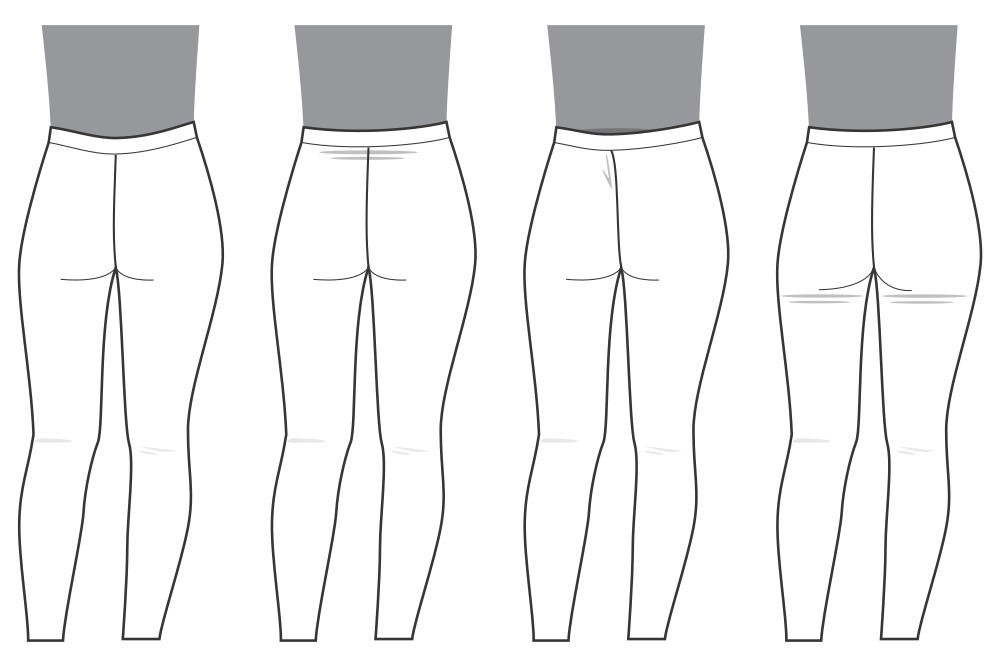 It is thus very important to make a muslin first and figure out the adjustments that are needed based on the actual fit, instead of trying to diagnose potential fit problems from one’s body shape.

Today we’ll look at adjustments for the following fit issues:

Back waistline pulled down 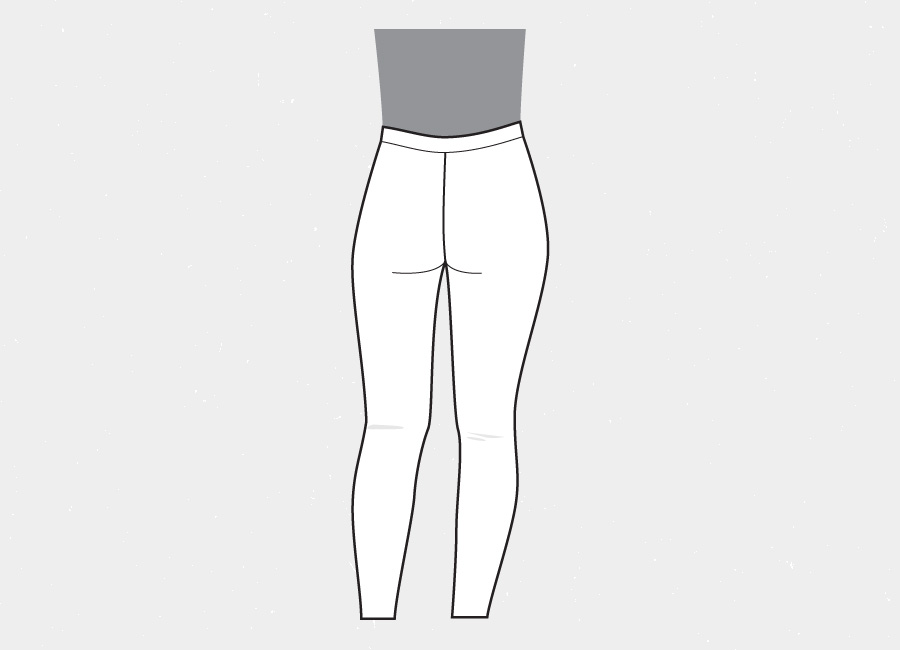 If the waistline of your pants is being pulled down in the center back, then you need more length in the crotch to cover your bum. This might be because you have a fuller butt, or a very straight back, in which case the top of your bum is further away from your waistline. To get the waistline to sit in the right place, you need to lengthen the crotch at the back of the pants. Put on your muslin and measure the distance between the top of the waistband and your natural waist: this is the amount that you need to add to the crotch seam.

Start by tracing the back leg piece (#2), grading between sizes as needed, and place it on a new sheet of pattern paper. 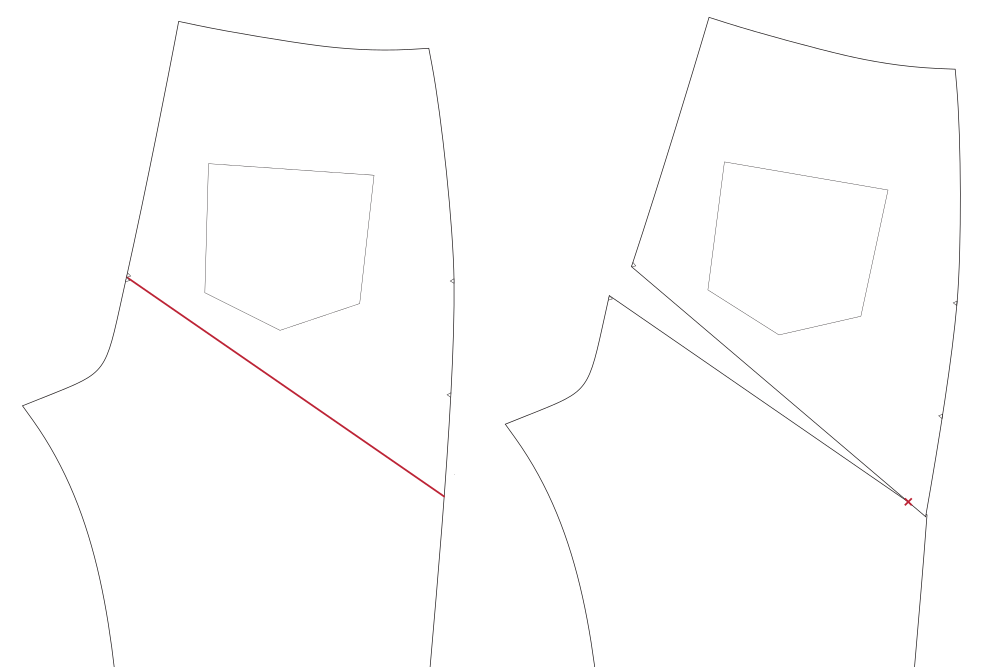 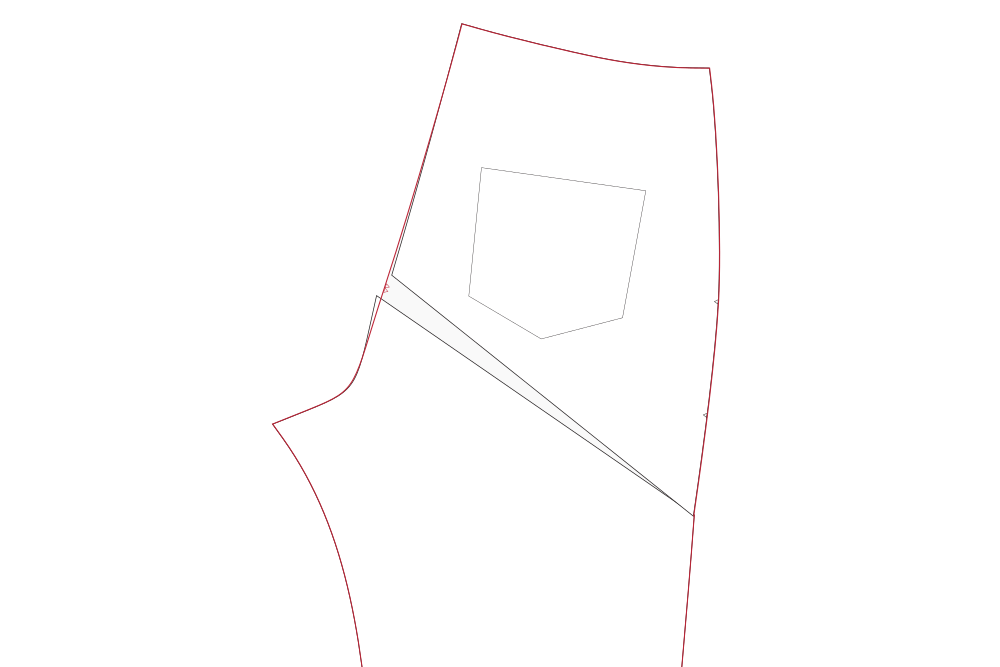 Pivot the two parts to spread them from the amount you measured previously. Tape in place, and redraw the crotch curve to form a continuous line.

Horizontal folds at the lower back 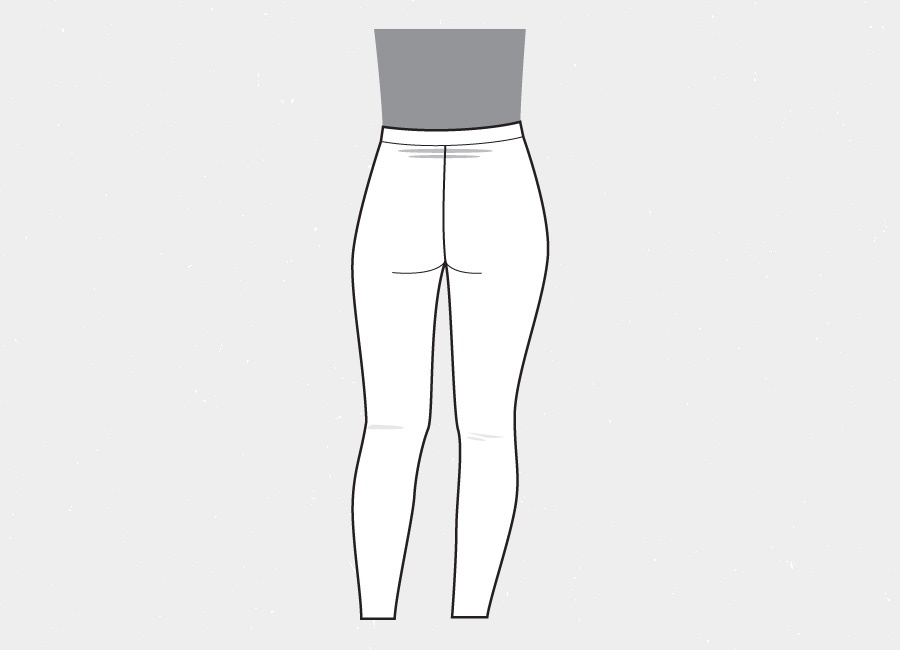 Horizontal folds at the lower back are a symptom of the opposite problem: the crotch seam is too long for your crotch length measurement, which results in excess fabric in the small of the back. This adjustment is the reverse of the previous one, as you’ll be removing length. Determine how much you need to shorten the crotch seam by by pinching the excess fabric on your muslin, and measuring the depth of the horizontal fold. 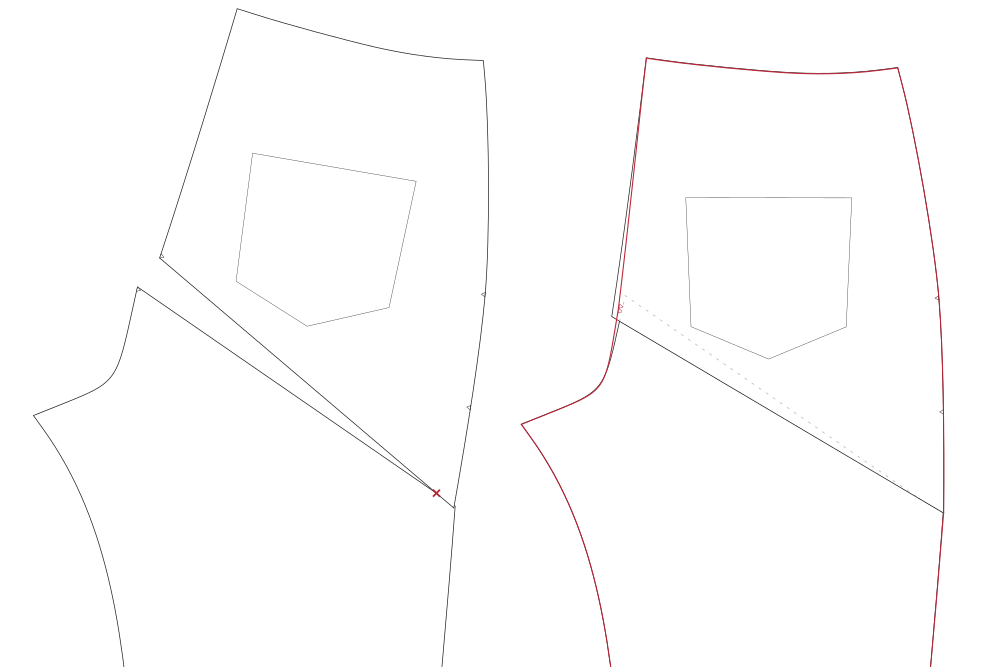 On your traced back leg, draw the same line as for the previous adjustment: starting at the double notch on the left, and ending 3″ below the second notch on the right. Slash along this line leaving a pivot point at the seam line on the right. Overlap the two parts by the amount you need to remove, tape in place and redraw the crotch curve.

Note that if you have a significant adjustment value, you might have to fix the pocket placement afterwards. 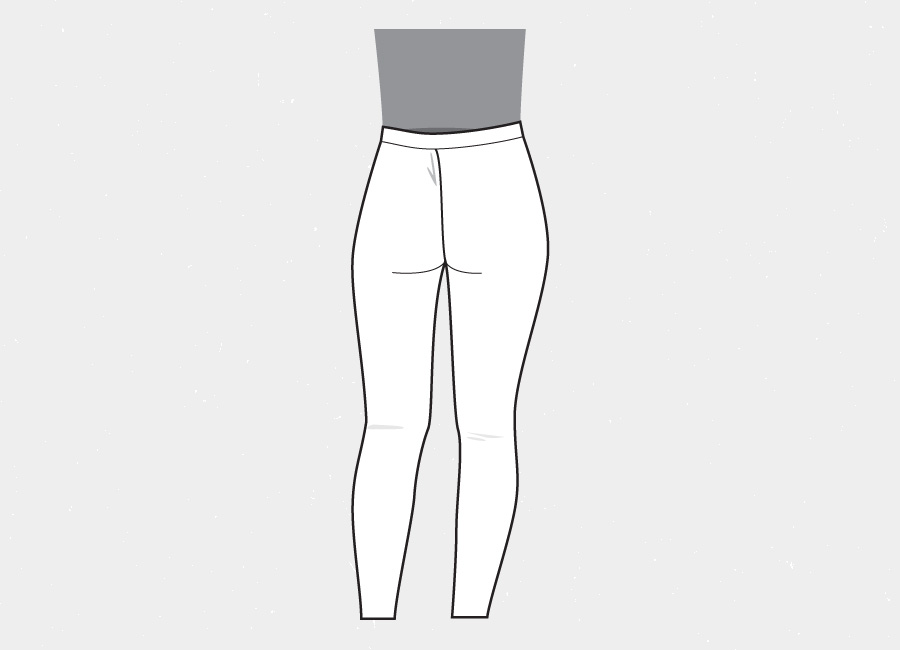 An important swayback or hollow back can also cause the back waistband to gape. In this situation, the waistband is at the right height at the natural waist, but is not pressed against the back. There is no need to change the crotch length, but instead some width needs to be removed from the upper back piece and from the waistband. Determine how much to remove from pinching the excess fabric and measuring the depth of the vertical fold. 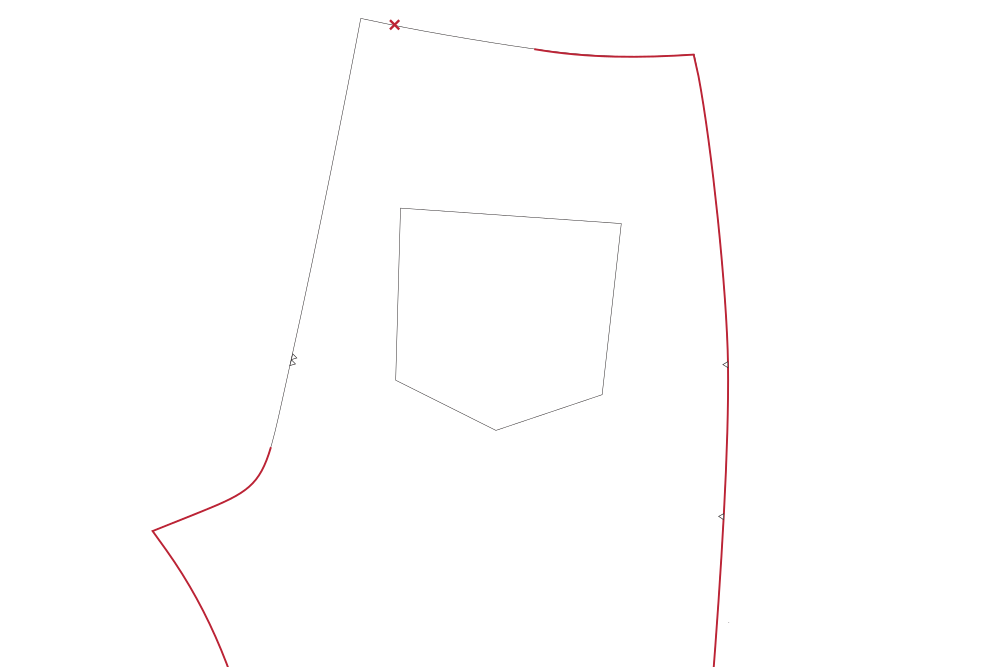 Start by tracing the back piece (#2) starting halfway on the waist seam, going around the leg, and stopping right after the curve of the crotch seam. Place a mark on the right of the top left corner of the piece, at a distance of half your adjustment value. 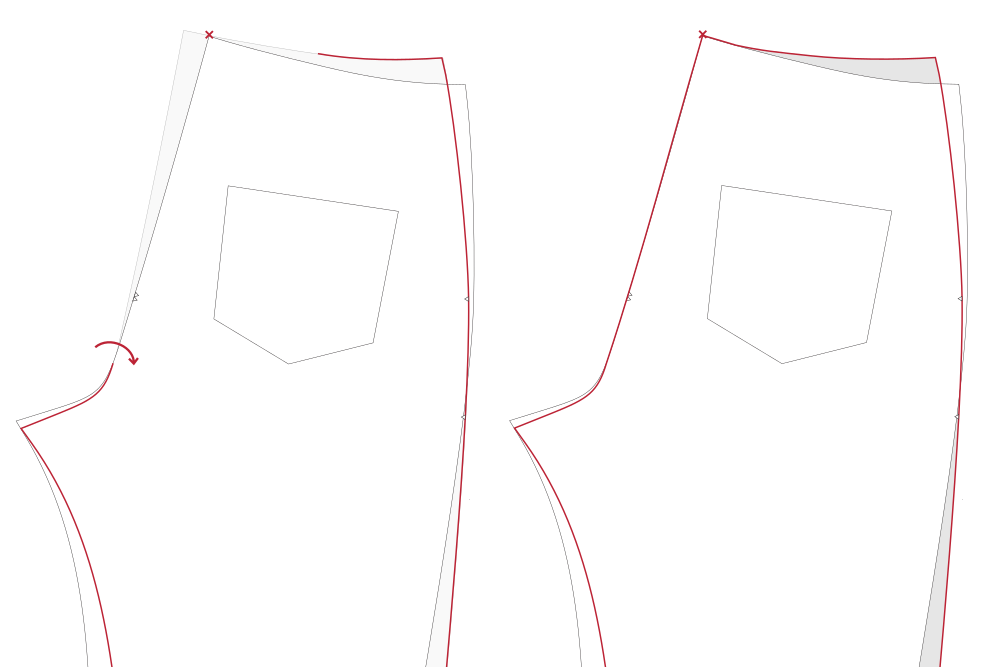 Using the end point of the traced crotch seam as a pivot point, pivot the pattern so that the center back edge is aligned with your mark. Trace the rest of the crotch, and complete the waist line making sure to keep a 90 degrees angle at the top left corner.

Finally, trace the back waistband piece (#4) removing half of your adjustment value from the center. Be careful to keep 90 degrees angles at the top and bottom of the fold line.

Horizontal drag lines under the butt 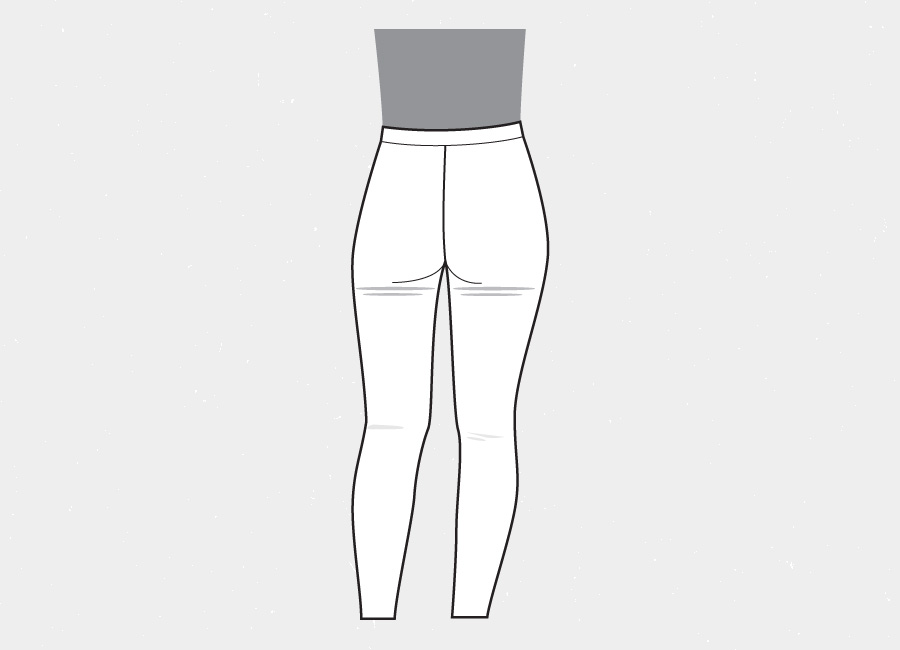 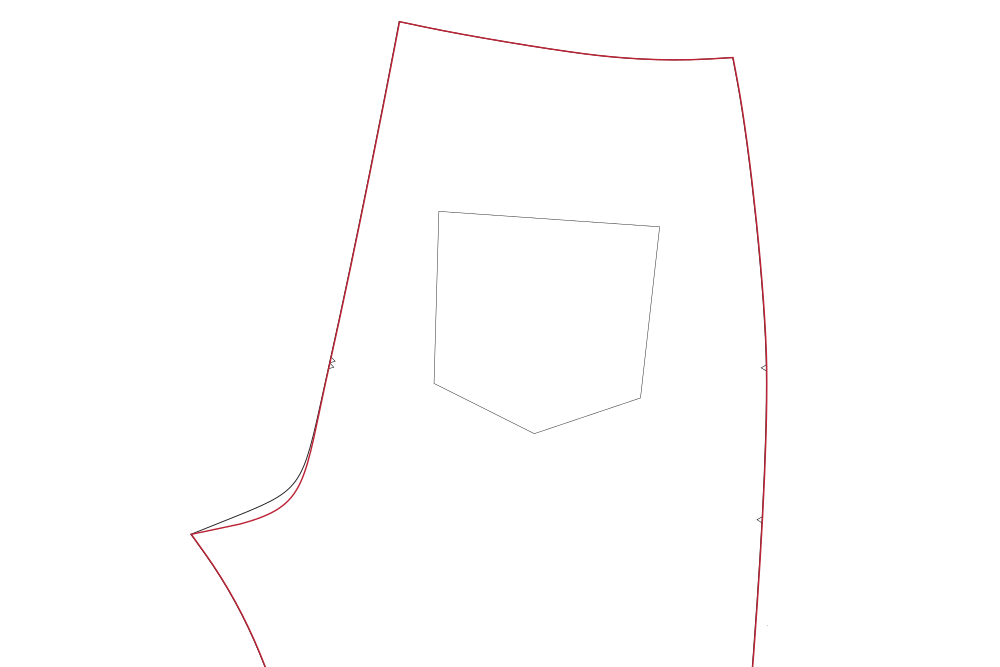 There is no easy way to determine how much to scoop out of the curve without making a muslin. You’ll need to work empirically: baste the crotch curve, try on your muslin, and repeat, exaggerating the curve a bit more every time, until the drag lines are gone. Measure the distance between the new curve and the base curve of the pants and draw the new crotch seam on your pattern using a French curve.

We hope this post will help you improve the fit of your pants! Next time we’ll look at fitting the front of our Safran.

This was the most clear, easy to understand tutorial on pant adjustments I’ve ever read truly. I’m bookmarking it for future reference – thank you! I love your patterns too by the way 🙂

Awesome stuff here! I’ve seen the same examples but this is much more clear to me! Thx! 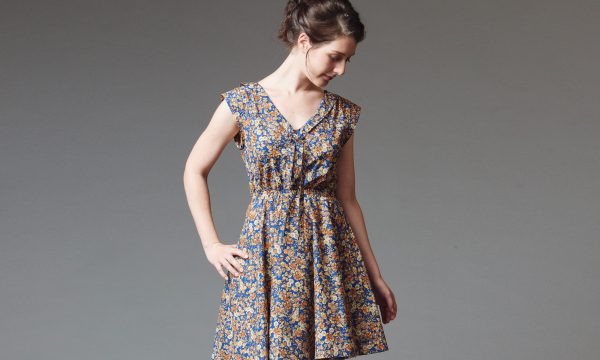 Zoom on: the Réglisse dress 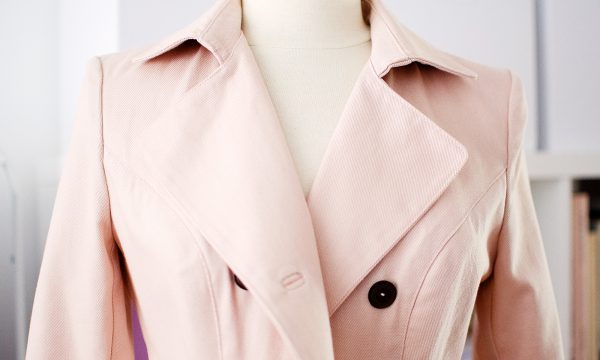 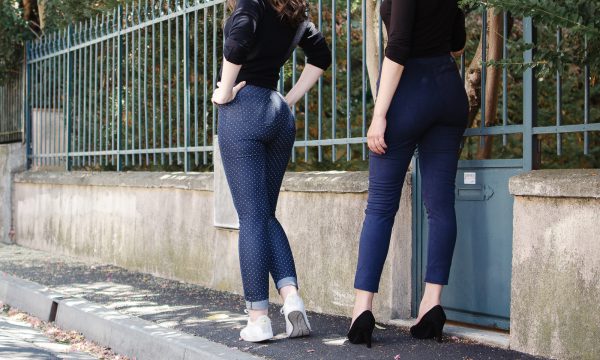 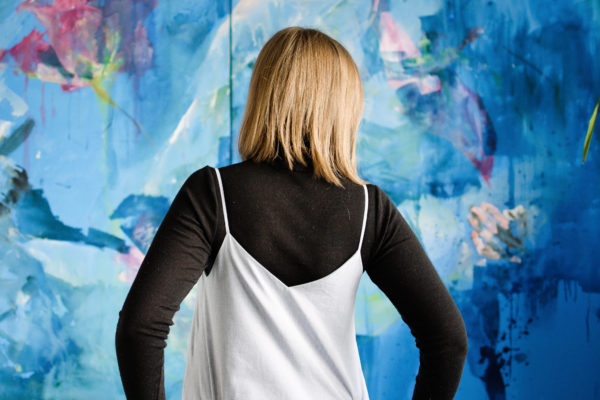 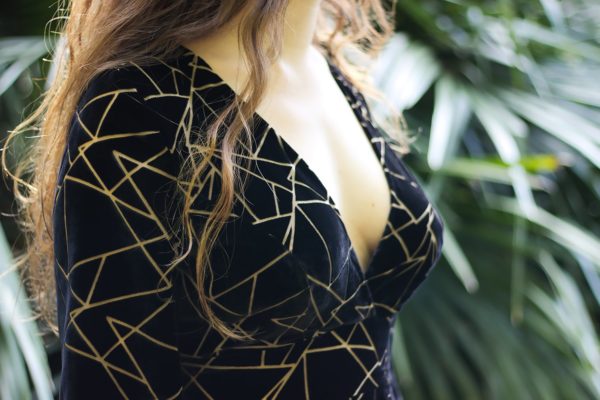 The Many Types of Velvet 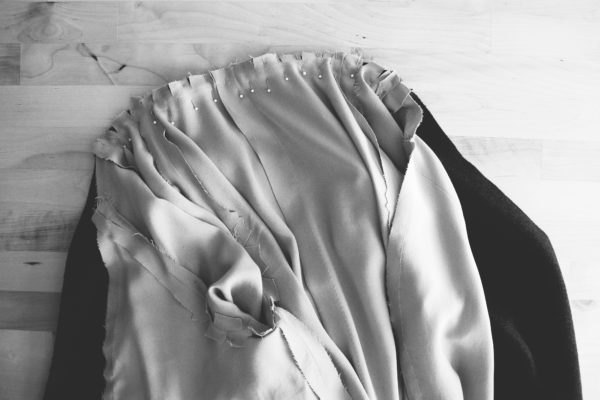