Hi everyone! Today for #safranseptember, let me show you my pared-down version!

I chose to make my Safran pants in version B, with the length from version A. The reason being that I like minimalist clothing, but also because it is so quick to sew! 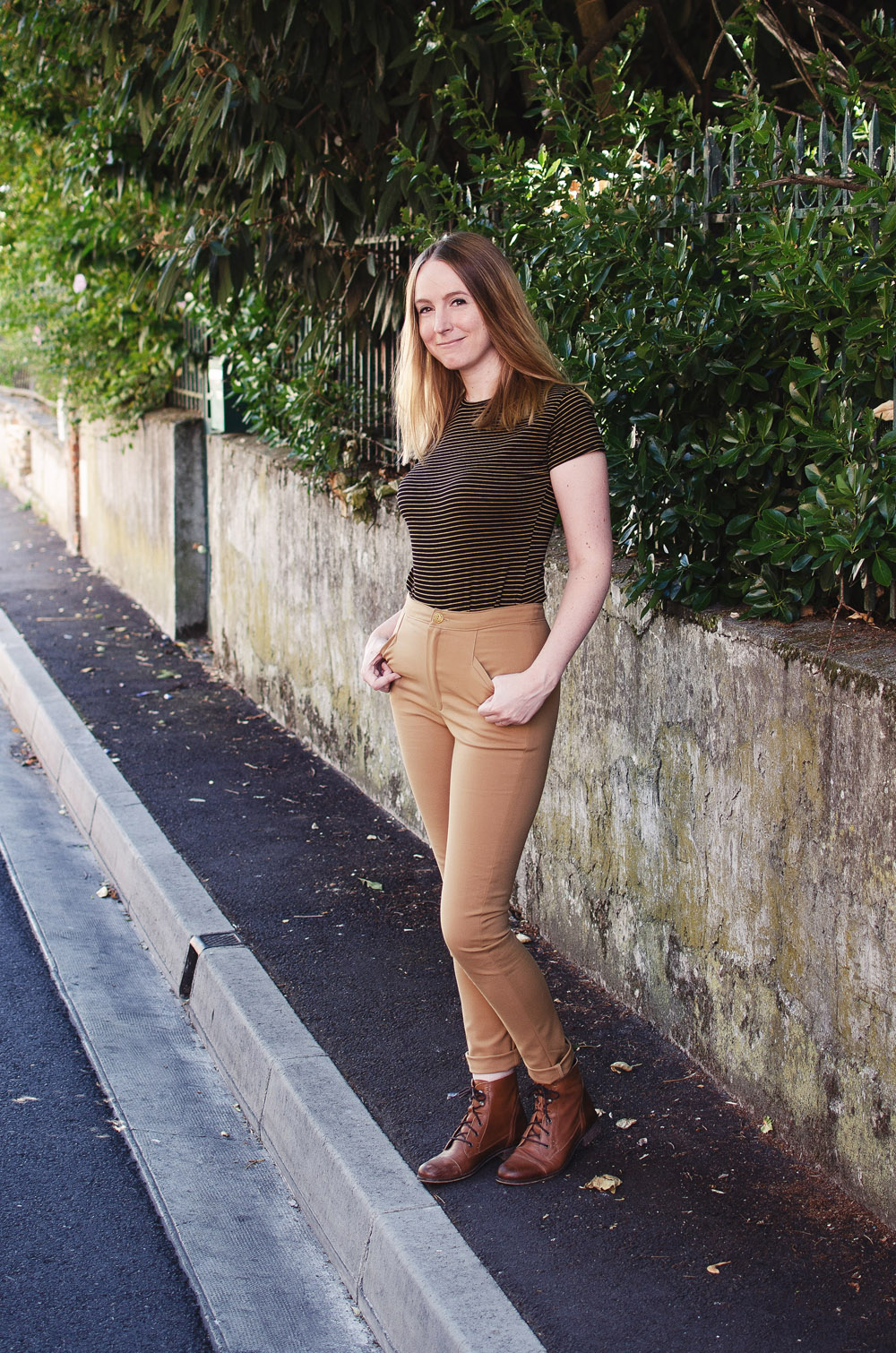 I used a gabardine that I had bought on Tissus.net previously, but which ended up being way too stretchy for my original project. Well it turns out the 20% stretch was perfect for Safran! This specific fabric is sold out, but this one seems very similar.

Since my hips are set very high, I cut my pants in a size 38 at the waist, and 40 for both high-hips and low-hips. I used this method to trace between sizes. On the pictures it looks like there are some folds on the front, but when I stand straight the fit is perfect! 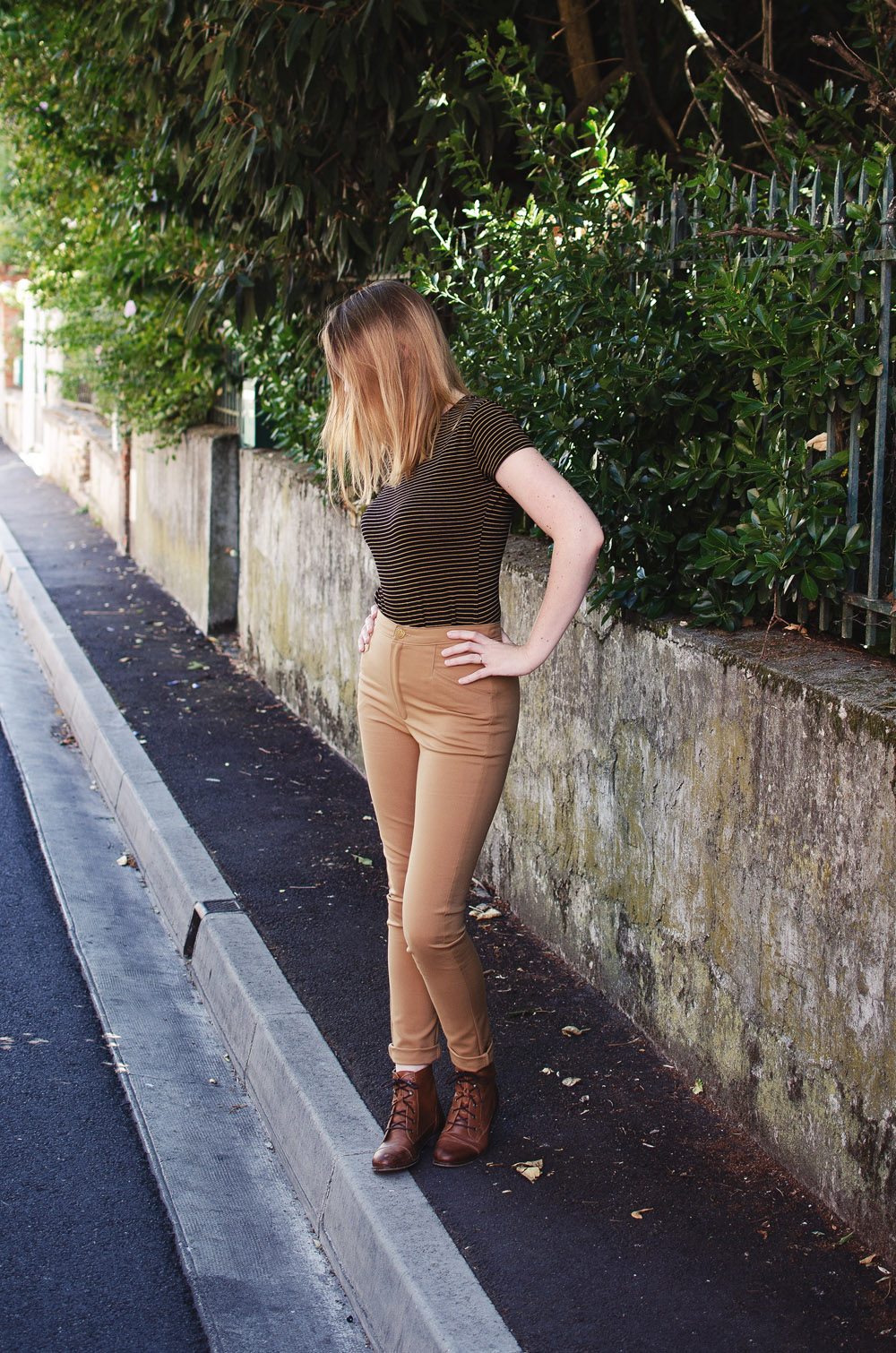 My inspiration for today’s outfit comes mainly from the show Stranger Things, which gave me a serious burst of 80s nostalgia. I also like to wear this Safran under a loose top, or with my Mélilot shirt 🙂 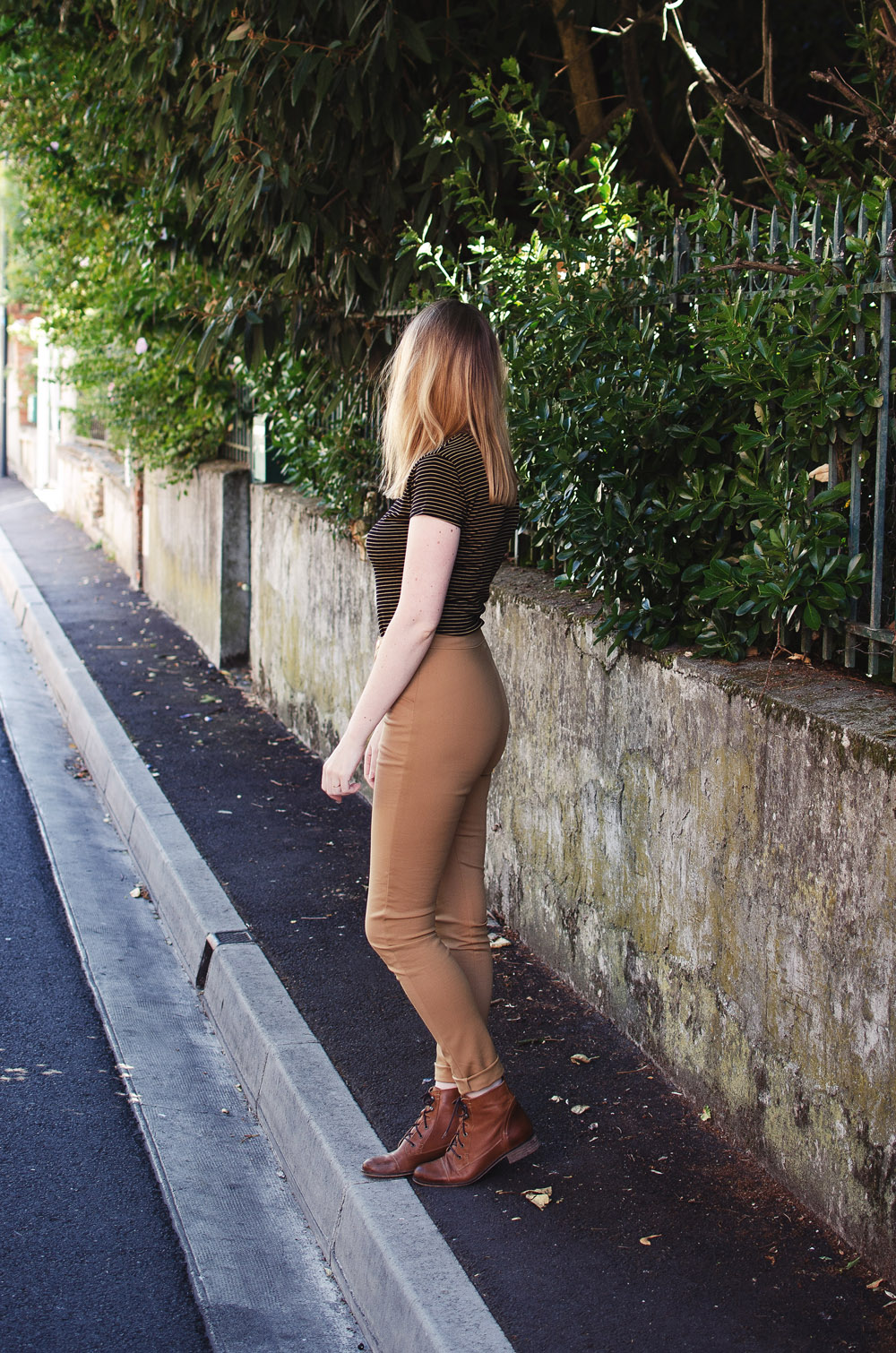 With the temperatures dropping quickly, now is the time to start sewing your Safran! Don’t forget to show us the result! 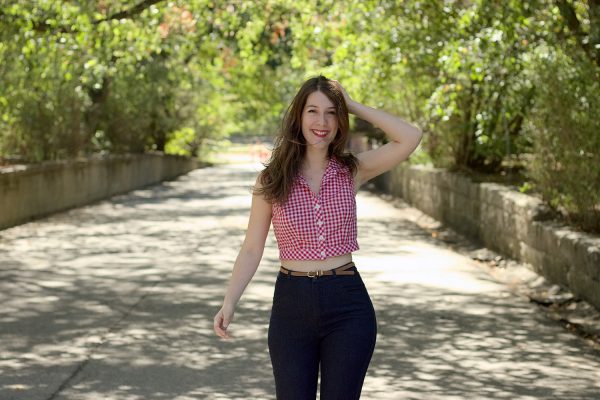 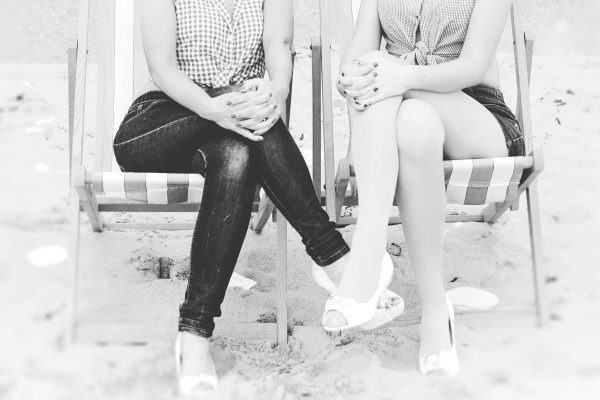 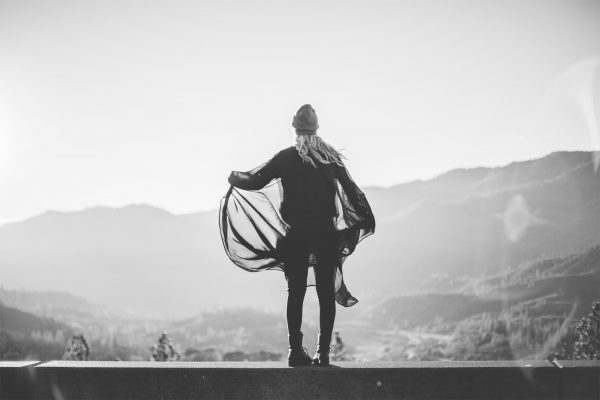