After looking at adjustments for the back of the Safran pants, let’s look into what we can do the perfect the fit on the front!

Safran’s instruction booklet includes a two-page spread with adjustments for the most common fit problems on pants: wrinkles and drag lines around the pubis, hips and upper thighs. 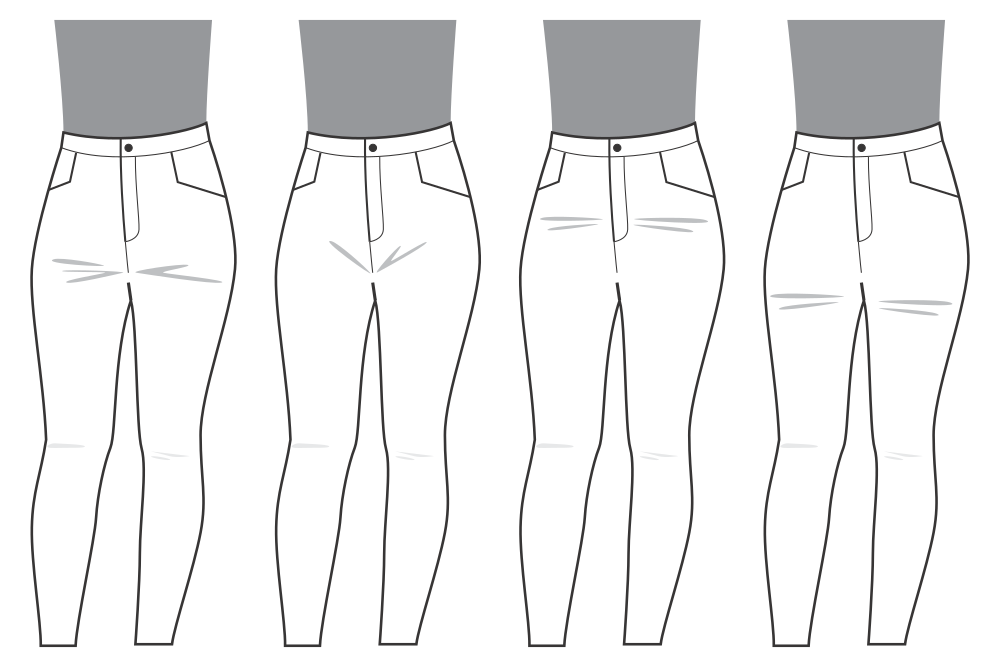 These four adjustments are very easy to make, and the methods we’ll use have all already been presented in our previous articles on adjusting Safran! As always, we strongly recommend making a muslin to assess the fit first, and pick adjustments based on actual folds and drag lines on your muslin instead of trying to guess 😉 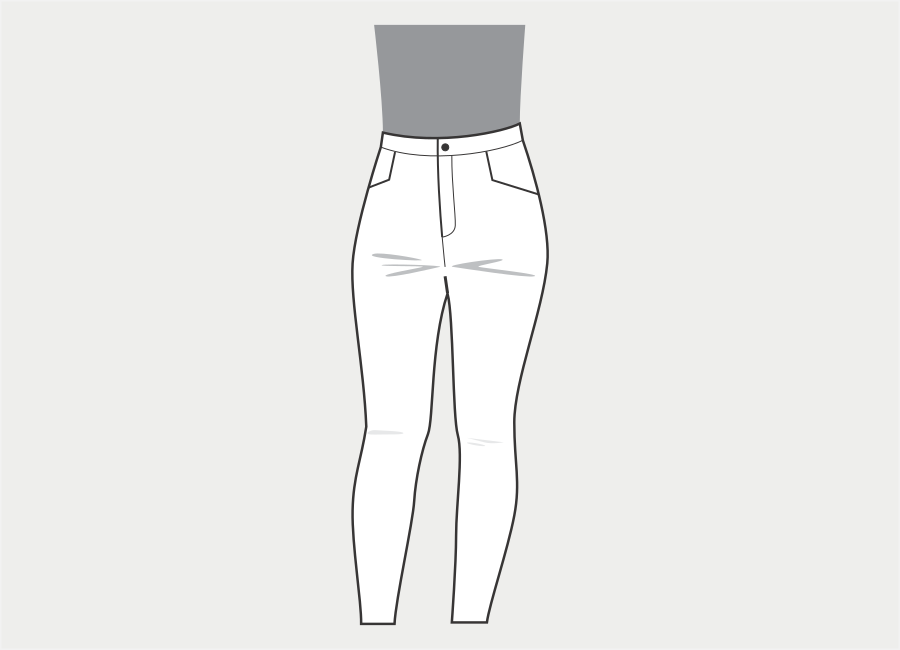 “Whiskers” appear when two particular conditions are met: a little too much fabric length-wise, and too little fabric width-wise around the pubis, which causes the pants to be too tight in this area only. If the fit of your pants is good around the hips and thighs otherwise, then the only parameter to change is the crotch curvature. Make it shallower to get rid of the wrinkles. 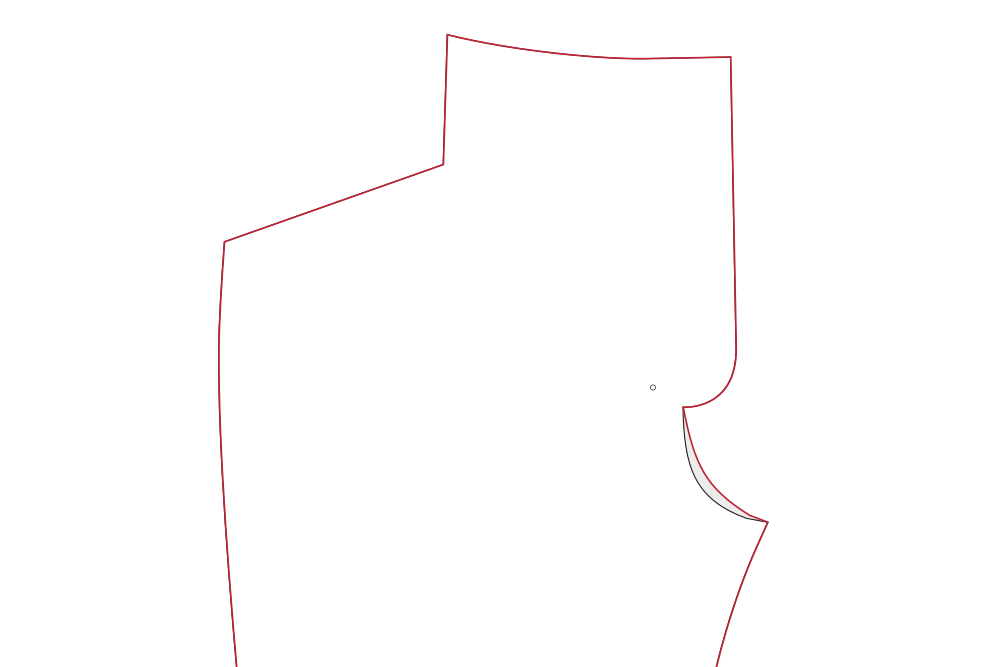 Trace the front pattern piece (#1) in your size, grading between sizes if needed. Using a French curve, draw a new curve below the fly front, making it shallower than the previous one. If you haven’t trimmed the seam allowance of the crotch seam on your muslin, you can baste this curve directly in the seam allowance and unpick your first seam to get a preview of the result. 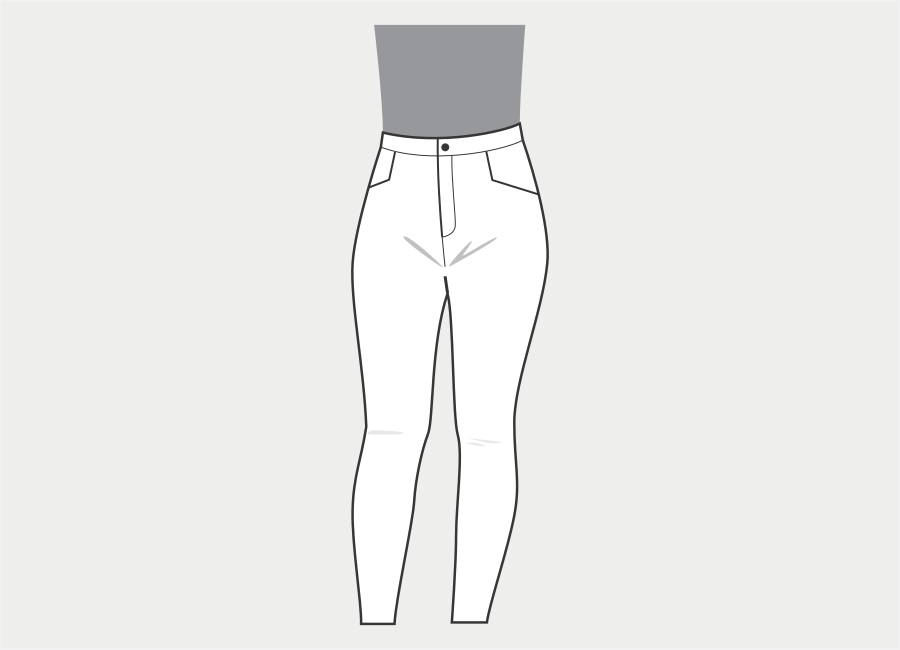 “Smile lines” appear in two distinct cases. In the first case, the pants hug the pubis too closely, creating a “cameltoe”, and you should feel the fabric tugging upwards: this means that the crotch is not long enough. In the second case, excess fabric around the pubis forms vertical folds: the crotch curve is too shallow.

If the fabric is tugging upwards and also rides up between the butt cheeks in the back (c.f. “horizontal drag lines under the butt” in our article on adjusting the back of the pants), then the entire crotch should be lengthened. To do so, just lengthen the rise on the front and back pieces using our tutorial. 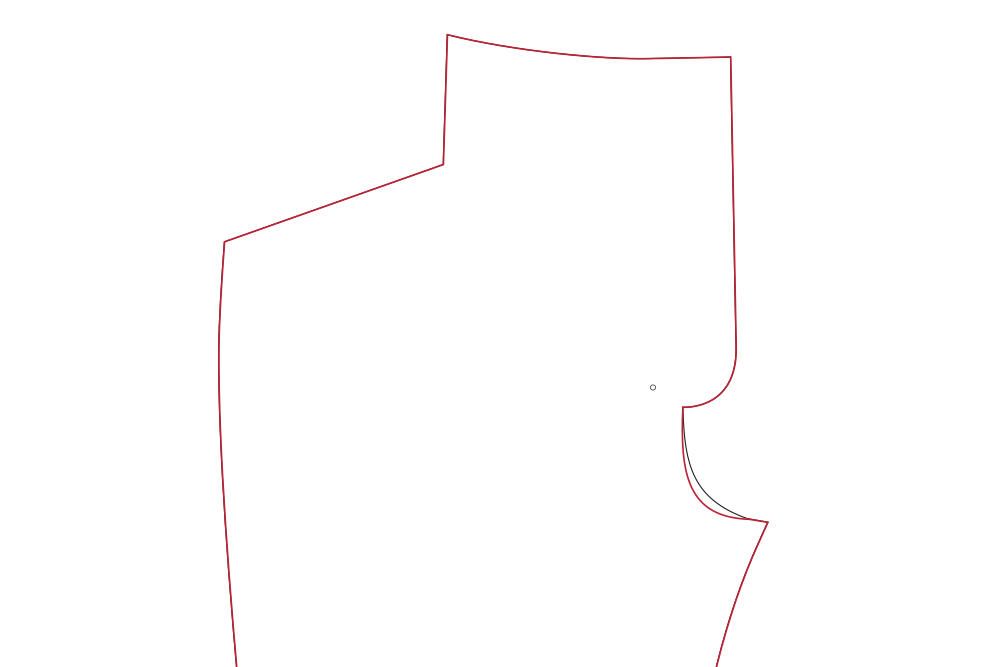 If the issue is only on the front of the pants, then the curvature of the crotch doesn’t match the shape of your pubis. The easiest way to fix it is to do it on your muslin: baste a new, deeper curve, try on your pants, and repeat until the front of the pants is smooth. Copy this curve to your pattern piece using a French curve. 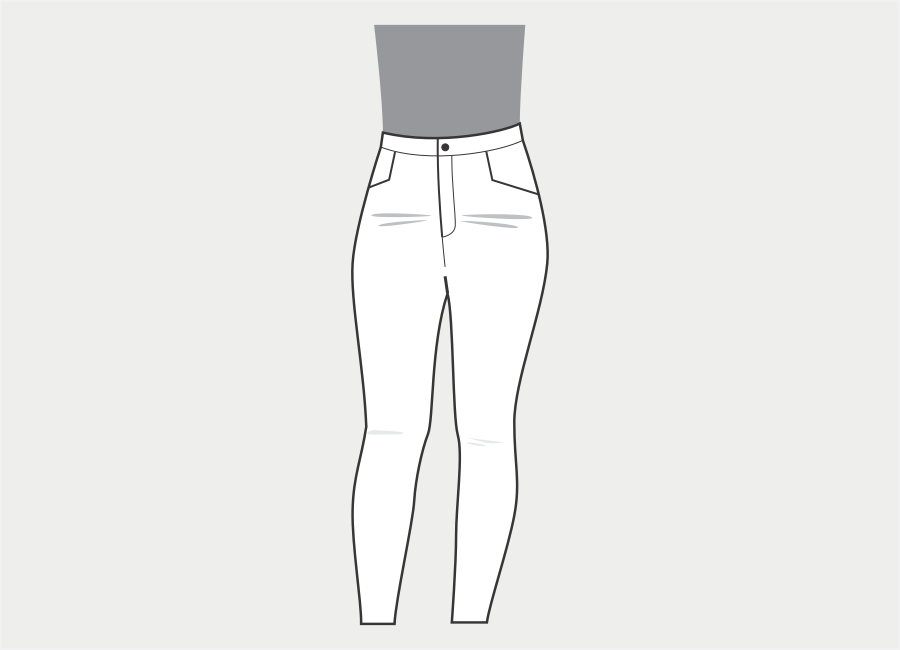 Safran is drafted with the same measurement for high and low hips, and for an hourglass figure with a defined waist. If you have high or square hips, or a full tummy, you might witness some horizontal drag lines across the stomach, from the fly to the hips. These lines indicate that the pants is too tight at the high hips: use our tutorial to go up a size at this level (first notch on the pattern). 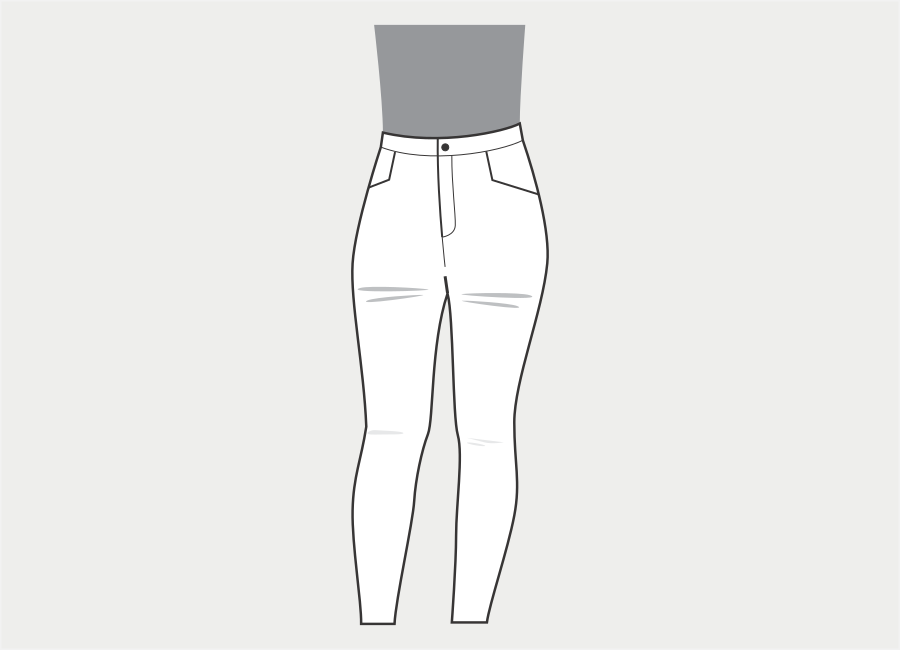 On the contrary, if you have low-set hips or “saddlebags”, drag lines might appear on the upper thighs, below the crotch point. Go up a size for the low hips (second notch on the pattern) using our tutorial.

The last post in this series will address adjustments for the legs and knees! In the meantime, don’t hesitate to tell us about the fit of your Safran in the comments 🙂 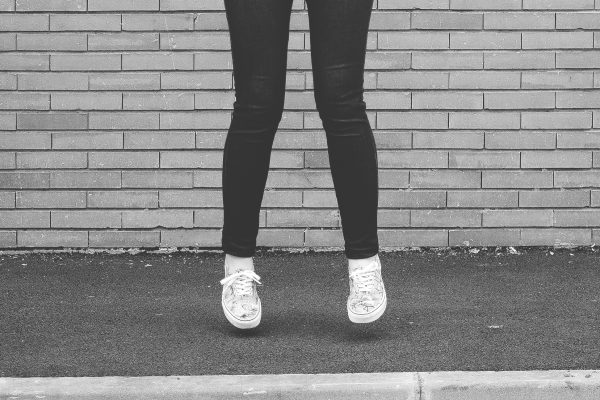 #Safran# Adjusting the legs and knees 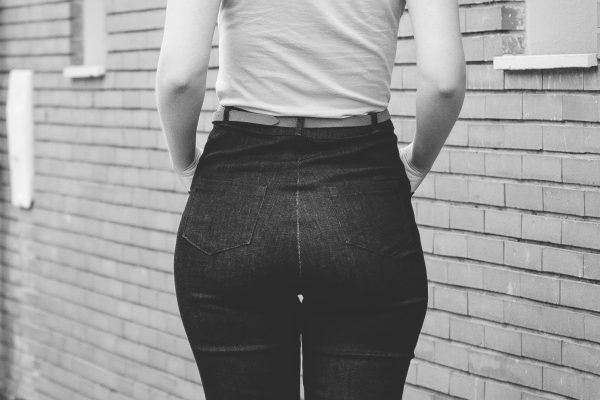 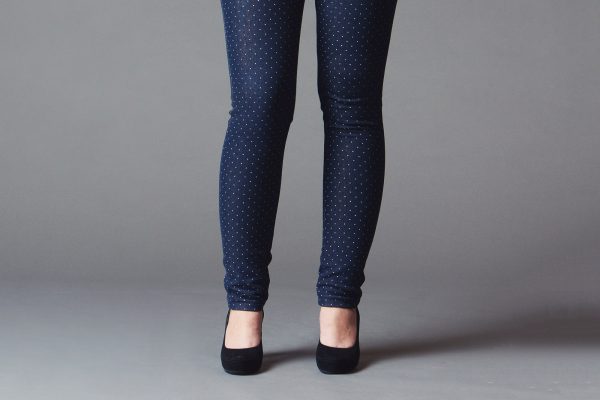