Last but not least in our blog series on adjusting the Sirocco jumspuit: adjusting for a full tummy!

Fabric pulling around the lower abdomen, diagonal drag lines radiating from the crotch area, gaping pockets, all of these can indicate you would benefit from a full tummy adjustment.

To confirm this and know how much you’ll need to adjust, you’ll need to make a muslin of the pants. If you end up with these diagonal drag lines, make an horizontal slash at the front crotch. Check that the extra length helps diminish or remove the drag lines and that the pants feel more comfortable. Measure the gap: this is how much you’ll add to your pattern piece.

1/ On the front leg piece, draw a horizontal line (perpendicular to the straight grain) about halfway through the pocket opening.

2/ Draw a vertical line going through the center of the waist pleat.

4/ Pivot the upper part of the leg to reach the desired amount of extra height (measure right under the horizontal slash line).

5/ Pivot the upper right part of the piece until the right edge is aligned with the crotch seam.

6/ Take a new sheet of pattern paper and trace the edges of the leg. Draw a new crotch curve, pleat edges, and pocket opening.

If your adjustment value is substantial, you might have to redraw the pocket pieces to match the opening length and waistline angle of the leg piece. Otherwise, everything stays the same: the extra volume has been added around the lower abdomen and all the extra horizontal fullness ended up in the pleat, so the waist still matches the waistband.

We hope you’ve enjoyed this tutorial series on the most common adjustments to make on the Sirocco jumpsuit! Don’t hesitate to let us know what other adjustments you’d like to see explained. 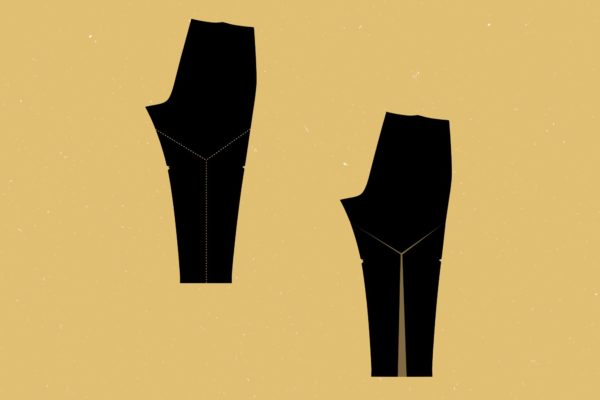 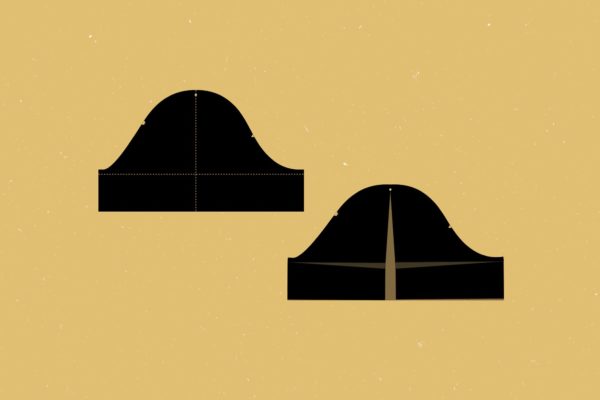 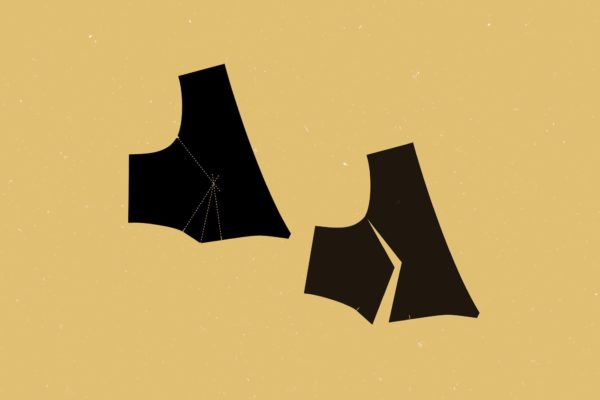